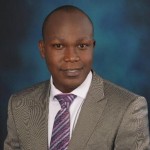 There has been a backlash over Whatsapp’s recent user policy overhaul, a backlash that sent many of its users to competitor messaging apps Signal and Telegram. The Facebook-Owned company wants its users to understand the new terms, delaying the policy’s implementation further until May 2021.

Some of the core issues in the user policy update relate to the messaging app’s data-sharing procedures with Facebook, which has left many users concerned. Some users feel Whatsapp will forcefully share their data with Facebook, that owns Whatsapp since 2014.

However, that’s not entirely true.

The messaging app’s policies have changed cosmetically, but not in ways that give its parent company Facebook, more access to user’s personal data; for instance, Whatsapp won’t share messages you write on the application or contacts of people who you are messaging.

The confusion is, most users don’t understand that Facebook already collects a lot of information from users on Whatsapp. Part of the confusion arises from jumbled up communication from Facebook, user mistrust in the company, and data protection laws in the U.S.

Facebook bought Whatsapp in 2014 for $21.8 billion. Anyone who’s been using Whatsapp from 2016 knowingly or unknowingly has been sharing their activity with Facebook. The Social Media company has data on phone numbers being used on the application, how often the application is opened, the device’s location based on the internet connection, screen resolution, and more. Facebook uses this information to make friend recommendations as well as target people with ads.

The recent changes to Whatsapp’s privacy policy expand on the messaging app’s practice around how Whatsapp business users can store their communications. Users got a pop-up notifying them that from February 8th, the privacy policy on the app will change, and they need to accept the terms to continue using their services. A passage about opting out of sharing data with the parent company Facebook was removed.

If you have been an existing user of the messaging app since 2016. In that case, you can opt-out of sharing your account information with Facebook to improve product experiences and Facebook ads. Some users and media houses did not understand this and felt the messaging app had finally crossed a line requiring its users to forcefully share their data without an alternative.

Whatsapp is, by all means, a useful messaging application. It’s by far the most popular, secure, and easy to use. The problem with some users is Whatsapp is owned by Facebook, a company facing criticism as far as user privacy data is concerned.

This has led to a sudden surge of new users into Signal and Telegram over Whatsapp’s policy refresh. But the reason behind the update is Facebook is trying to make the messaging app a platform where users can chat with businesses about products and services.

The policies were updated to reflect the possibility of commercial transactions involving the intermingling of activity among applications owned by Facebook. For instance, a portable speaker you might have seen in your Whatsapp messaging app might show up later while browsing through your Instagram application, and so on.

Many people have misconceptions about privacy policies, especially on web-based applications that they are using for “free.” They believe they are confusing because of the legal language used and have limited power when it comes to restricting these companies from collecting data. They also feel that as long as companies control user data using a policy (which most people don’t read), they can do whatever they want with that information.

Get Up to Speed: 2021 Digital Marketing Trends for Kenyan Businesses

The heart of Nintendo’s new console isn’t the Switch

Go For Western Economy With These Pioneering

Get Up to Speed: 2021 Digital Marketing Trends for Kenyan Businesses

Top 5 most overrated players in the Premier League 2019-20